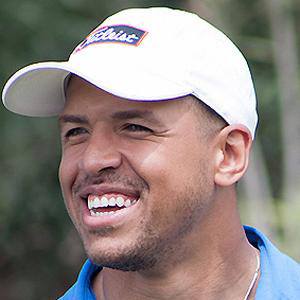 Pro Bowl NFL wide receiver who began his career with the Dallas Cowboys in 2006. He signed with the Cleveland Browns in 2014. He retired from professional football after spending 2015 with the Philadelphia Eagles.

He was undrafted after graduating from Monmouth University in 2006.

He had his breakout year in 2009, when he was selected to his first Pro Bowl and won the PFWA Most Improved Player of the Year award.

He has one sister, Jennifer Austin. He married Stacy Sydlo in 2014.

He was one of Tony Romo's favorite receivers during his tenure with the Cowboys.

Miles Austin Is A Member Of