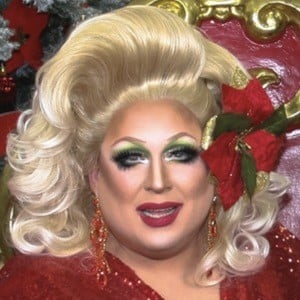 Reality star and drag queen best known as a contestant on the third season of Logo TV's hit series RuPaul's Drag Race and its spinoff, All Stars Drag Race. He also formed the "girl group" Xelle which has released a number of singles benefitting LGBTQA charities.

He began doing drag at the age of sixteen and first adopted the drag name Delilah DeMistra.

He was featured in the web series Queens of Drag: NYC produced by gay.com in 2010 alongside fellow drag queens like Bianca Del Rio.

He was born Braden Chapman in Hanson, Massachusetts and raised in Maine. He became homeless after coming out as gay to his parents. However, he was later adopted by a lesbian couple.

He has performed standup and opened for renowned comedians like Kathy Griffin and Mo'Nique.

Mimi Imfurst Is A Member Of