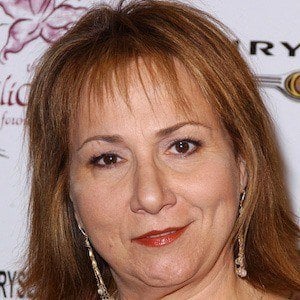 Director and producer known for her work on the films The Peacemaker and Deep Impact. She also worked on the long-running TV show ER, winning Emmy Awards in 1995 and 1996.

She grew up learning the film trade from her father, who was an independent filmmaker. She was the first woman to be accepted to the American Film Institute, and also become its first female graduate in 1973.

She started out working in script supervision in the late 1970s. She worked extensively on the 1980s show China Beach, earning four Emmy nominations.

She was born to Paul and Etyl Leder and grew up with her siblings Reuben and Geraldine. She has a son with husband Gary Werntz.

Mimi Leder Is A Member Of