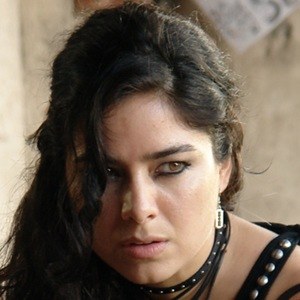 Colombian actress who's known for her first leading role as Maria Soledad in the soap opera La marca del deseo in 2007. She also played Sonia in the 2014 Mexican telenovela Italian Bride.

Her first big break was appearing in a TV commercial for a Colombian soda, and it helped her get discovered as an actress.

She started to practice ballet at the age of 4.

She got married at the age of 14 and had her daughter Valeria a year later.

She appeared as Gina Paola in Muy Padres starring Dulce Maria and Betty Monroe in 2017.

Mimi Morales Is A Member Of