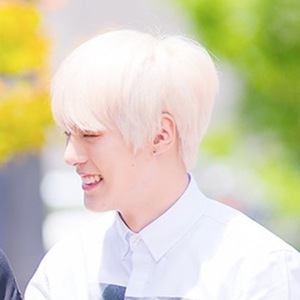 Hip-hop star most well known as a member of the South Korean boy band Monsta X. The award-winning group has become known for hit albums like Trespass, Rush, and The Clan.

Monsta X formed through the Starship Entertainment reality survival show NO.MERCY. They then released their debut album Trespass in May 2015.

Monsta X made cameos in the dramas The Producers, High-End Crush, and Goodnight, Teacher.

His full name is Lee Minhyuk. He was born in Gwangju, South Korea. He has a brother.

The other members of Monsta X include I.M., Shownu, Jooheon, Kihyun, Hyungwon, and Wonho.

Minhyuk Is A Member Of