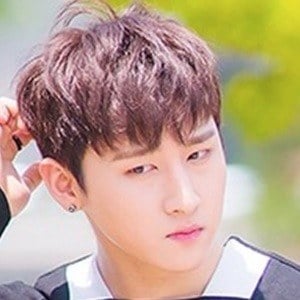 Signed to Starship Entertainment, he is a K-pop singer and rapper known as I.M who rose to fame as a member of the seven piece boy group Monsta X. The group gained popularity after they were chosen on the survival series No.Mercy.

Prior to joining Monsta X, he belonged to the 5 piece group Nu'Bility. His debut was planned for 2014, however the band dissolved before he could be introduced.

He has made appearances on television series like Weekly Idol and After School Club with the rest of Monsta X.

His real name is Lim Changkyun. His father is a scientist. he spent several years living abroad in Boston, Massachusetts and Israel.

He is joined in Monsta X by fellow K-pop stars Minhyuk and Wonho.

Im Changkyun Is A Member Of