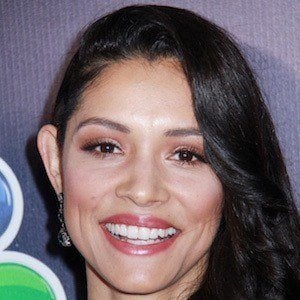 Became known for bringing to life the characters of Talia Sandoval in Pretty Little Liars and Lacey Briggs in Blood & Oil. In 2016, she began playing Stella Kidd in NBS's Chicago Fire. She also made regularly appearances as Zoe Browning on Days of Our Lives from 2013-2015.

She began her acting career in local stage productions and studying at Roosevelt School of the Arts.

She made her big screen debut in the 2015 film We Are Your Friends.

She was born and raised in Fresno, California and later moved to Los Angeles. She previously dated actor Luke Baines.

She had the opportunity to appear alongside one of her acting idols, Rachel McAdams, in True Detective.

Miranda Rae Mayo Is A Member Of