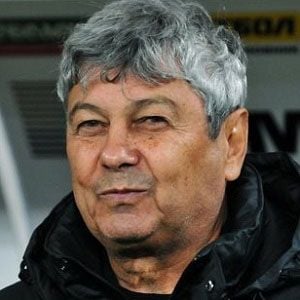 Romanian soccer manager and former player who is most famous for his managerial career with Shakhtar Donetsk, whom he began coaching in 2004. He was named Romanian Coach of the Year four times from 2004 to 2014 and received the Coach of the Decade award in 2013.

As a player, he won seven Romanian League titles with Dinamo Bucuresti. He began his managerial career with Corvinul Hunedoara in 1979.

He is able to speak many different languages, including Romanian, Russian, English, Portuguese, Spanish, Turkish, French and Italian.

His son is Razvan Lucescu, who played as a goalkeeper and has managed at Rapid București, where Mircea has also managed.

Mircea Lucescu Is A Member Of