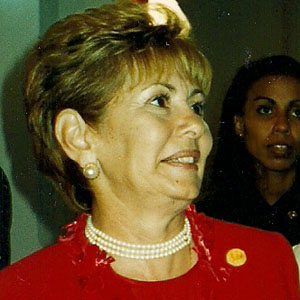 She became the first female President in Panamanian history and served from 1999 to 2004. Her from rags to glory story was a great inspiration to many people in her country.

She first became involved in politics in 1968 and married three-time president, Arnulfo Arias before he went into exile.

She was in office when Panama seized control of the Panama Canal from the United States in 1999.

She married businessman, Richard Gruber and they adopted a son named Richard; though the couple would later divorce in 97.

She was highly critical of Venezuelan President Hugo Chavez up to his death.

Mireya Moscoso Is A Member Of