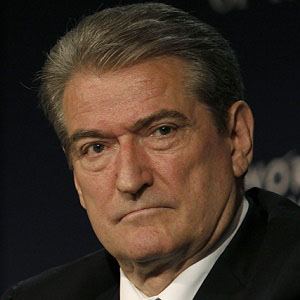 From 1992 until 1997, this Democratic Party politician served as President of Albania. In 2005, he took office as Prime Minister of Albania and retained this position until 2013.

Before beginning his political career, he was a prominent cardiologist and a member of the University of Tirana's Faculty of Medicine.

The son of Ram and Sheqere Berisha, he spent his youth in Vicidol, Albania. His marriage to pediatrician Liri Ramaj Berisha produced a son named Shkelzen and a daughter named Argita.

He and Enver Hoxha were both Prime Ministers of Albania.

Sali Berisha Is A Member Of