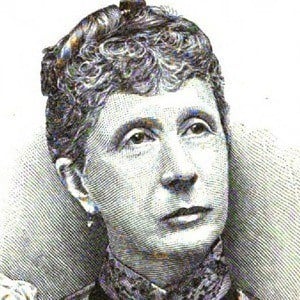 An American author of children's books and novels, she is best known for works such as An Utter Affair and Rutledge. The latter work focuses on the tribulations of an orphaned teen.

She was educated at St. Mary's Hall-Doane Academy in Burlington, New Jersey and at Mademoiselle Canda's Girls' School in New York City.

Her popular literary work, Rutledge, has been described as the first American Gothic novel.

She married Sidney Smith Harris in 1864; they had two children.

Harris's novel Rutledge has been compared to Jane Eyre, a classic novel by Charlotte Bronte.

Miriam Coles Harris Is A Member Of