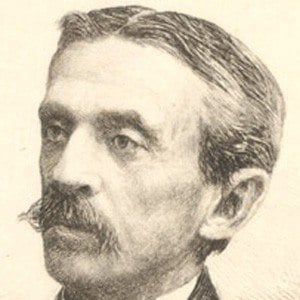 He worked as a wood engraver before writing for a Philadelphia newspaper founded by his brother.

His father, a Methodist minister, discouraged him from pursuing a writing career.

He was born in Philadelphia, Pennsylvania. Following his marriage to Mary Ann Edwards Tuttle, he settled in Nutley, New Jersey.

His stories The Griffin and the Minor Canon (1885) and The Bee-Man of Orn (1887) were illustrated by Maurice Sendak.

Frank R. Stockton Is A Member Of