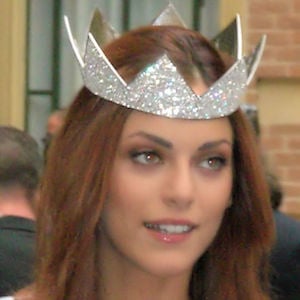 Italian actress and beauty queen who won Miss Italia in 2008. She then became actress, known for her roles as Mara Fermi on Distretto di Polizia and Valeria Ferro on Non Uccidere.

She studied at the University of Catania before competing in Miss Prima dell'Anno 2008, which qualified her to compete in Miss Italia.

She was born to Ignazio and Gabriella Leone and has a brother named Sergio.

Miriam Leone Is A Member Of