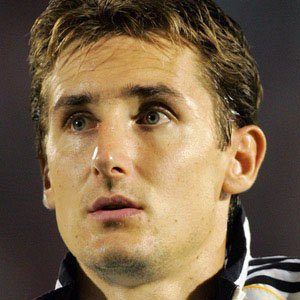 He began his professional career with SG Blaubach-Diedelkopf in 1997.

He was the Bundesliga's top goalscorer with 25 goals in 2006 and he was named German Footballer of the Year in 2006.

He has two children with his wife Sylwia Klose, whom he married in 2004.

He was joined by Thomas Muller on the German national team in 2010.

Miroslav Klose Is A Member Of