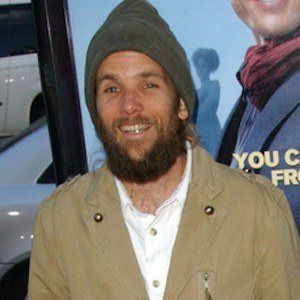 Bermudan reggae singer known for his self-title debut album as well as his affiliations with several prominent celebrities and musicians, having released albums on Matthew McConaughey and Jimmy Buffet's labels.

He grew up on a boat traveling through the Caribbean, homeschooled along with his siblings. He released his first album in 1999.

He grew up windsurfing and represented Bermuda at the 1991 and 1992 world championships. He also partnered with clothing company O'Neill to help create ECO-Neill, an environmentally-friendly line of the brand.

He's of Bermudan and Nova Scotian descent. His sister is singer Heather Nova. He also has a sister named Stephanie.

The first label he ever signed to was Alan McGee's Creation Records.

Mishka Is A Member Of