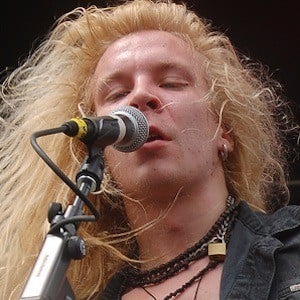 Widely known as Middy Cruz, he is the bassist for Finnish band Santa Cruz. The band is characterized for it's classic style and glam rock hairdos.

He was the third member to join Santa Cruz, following bandmates Archie Cruz and Johnny Cruz.

He is a native of Helsinki, Finland.

He and the rest of Santa Cruz performed with pop singer Robin Packalen in the fall of 2015 at a Elämä Lapselle event.

Mitja Toivonen Is A Member Of