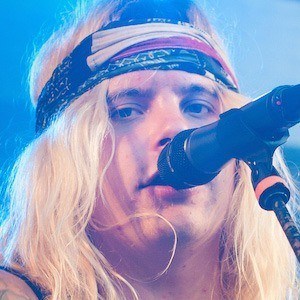 Singer-songwriter and guitarist best known as the frontman for the Finnish hard rock band Santa Cruz.

He founded the band Santa Cruz with his friend Joonas "Johnny" Parkkosen in 2007. A year later, they brought bassist Mitja "Middy" Toivonen on board.

He and the rest of the band have a following in Japan. A local Japanese band called The Local Band started playing as their cover band as a joke but actually became increasingly popular in their own right.

His birth name is Arttu Kuosmanen.

He's a Finish rock singer like HIM frontman Ville Valo.

Archie Cruz Is A Member Of