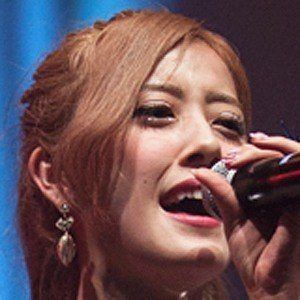 Japanese pop star who came to fame as a member of the girl group Hello! Project Kids. She has also performed with several of the band's many subgroups, including Aa!, Sexy Otonajan, Buono! and Berryz Kobo.

She passed the Hello! Project Kids' audition in 2002.

She has dabbled in acting, appearing in the 2011 film Gomennasai.

She has a younger brother named Riku.

She and Airi Suzuki have both performed as members of Hello! Project Kids.

Miyabi Natsuyaki Is A Member Of