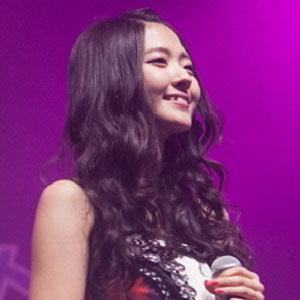 Japanese pop idol best known as a former member of the groups C-ute, Buno!, Hello! Project Kids, and Dia Lady. She has appeared on television on shows like Yorosen as well as in films like 2011's Osama Game. Also a model, she has done several shoots for the magazine Ray.

She was born in Gifu, Japan and passed the audition for Hello! Project Kids in 2002. She made her entertainment industry debut as a member of the group 4Kids.

She appeared as a gravure idol with Mayu Watanabe from AKB48 in the December 2010 issue of UP to Boy.

Her parents, Toru Suzuki and Kyoko Suzuki, are both professional golfers. She has a sibling named Saiki.

She has performed alongside Maimi Yajima as a member of Cute.

Airi Suzuki Is A Member Of