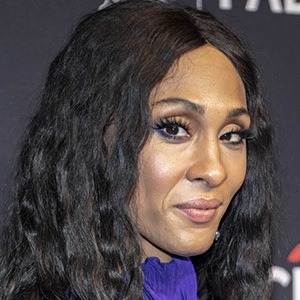 Singer and actress who starred in Pose as part of the largest cast of transgender actors to be starring as series regulars in a scripted show. She portrayed Blanca Rodriguez-Evangelista. She also played Angel in the 2011 Off-Broadway revival of Rent, a performance that garnered her a 2011 Clive Barnes Award.

She attended Queen of Angels Catholic School. She wanted to be an actress from the time she was 7 years old, and began pursuing the career at the age of 11. She was enrolled at the New Jersey Performing Arts Center.

She was involved in the ballroom scene and was taught vogue. She graduated from Newark Arts High School and Berklee College of Music.

Her mother is African-American and her father is Puerto Rican. Her stage name of MJ comes from the Marvel Comics character Mary Jane "MJ" Watson from Spider-Man.

She starred in the series Pose alongside Billy Porter.

MJ Rodriguez Is A Member Of