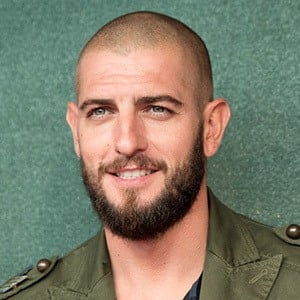 Former professional Croatian football player known for his work as a forward and striker for the clubs Panathinaikos, West Ham United, and Hamburg SV. He is also known for his work with Croatia's national team and for later working as a Sportscaster.

His youth career began with FC Neuenhof in 1986. His senior career then started in 1998 when he joined FC Baden. He then began playing as a forward for the Grasshopper club in 1999. In 2001, he made his debut with the Croatia national team.

He was born in Brcko, SFR Yugoslavia but quickly moved to Vinkovci and later Neuenhof in Switzerland.

He signed with the English Premier League club Fulham where he trained and played under coach Martin Jol.

Mladen Petric Is A Member Of