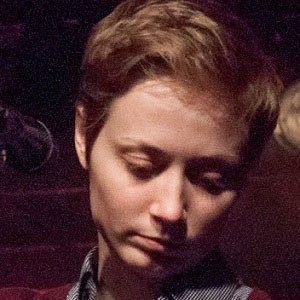 Folk and pop singer and guitarist who was dubbed "Nova Scotia's rising star" by The Scene magazine early in her career. In 2013, she received Music Nova Scotia awards for New Artist, Pop Recording of the Year and Female Artist of the Year.

She grew up being influenced by classic rock bands like Led Zeppelin and first picked up a guitar at age 11.

She received the SOCAN Songwriting Prize for the best song recorded by an independent Canadian musician for her song "Sucker" in 2013.

Her parents were fans of genres like blues and bluegrass.

Mo Kenney Is A Member Of