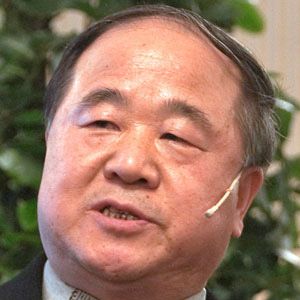 A Nobel Prize-winning Chinese fiction writer, he is best known for his 1987 novel, Red Sorghum Clan. His other popular works include Life and Death are Wearing Me Out and The Republic of Wine.

He earned a Masters of Literature and Art from the Beijing Normal University in 1991.

He received both the 2009 Newman Prize for Chinese Literature and the 2011 Mao Dun Literature Prize.

He was born into a farming family in the Shandong Province of China. With his wife, Du Qinlan, he had a child named Guan.

Mo Yan Is A Member Of