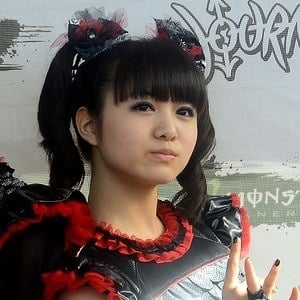 Japanese singer and model best known as a member of the Japanese Kawaii group Babymetal. She has been featured on hit singles like 2013's "Ijime, Dame, Zettai." She was also formerly a member of the group Sakura Gakuin.

She signed with the Amuse, Inc. talent agency at age eight.

She and Babymetal opened for Lady Gaga on five dates of the pop star's ArtRave: The Artpop Ball tour.

Moa Kikuchi Is A Member Of