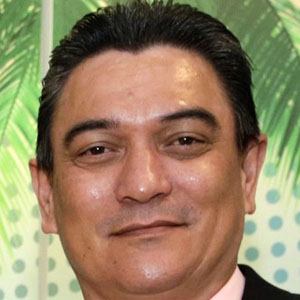 Politician who was the Prime Minister of the South Pacific island Republic of Vanuatu from 2013-2014. He became the country's first native born prime minister.

He served as both Foreign Minister and Finance Minister of Vanuatu before taking office as the Republic's Prime Minster.

He allied himself with the Vanuatu Green Party, which led to his loss of cabinet post in November of 2005.

He was born in Tahiti, French Polynesia to a French father and a Tahitian mother. He married Paulette Carcasses.

He and Ralph Regenvanu were both prominent politicians in Vanuatu.

Moana Carcasses Kalosil Is A Member Of