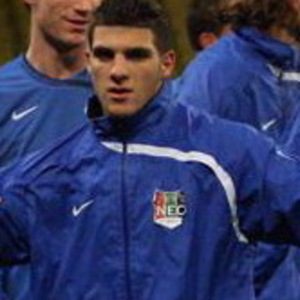 Moroccan football player who is best known for playing the position of forward for both the Antalyaspor football club and the Morocco national team.

He first began his youth career playing with Blauw-Wit Amsterdam. In 2005, he joined the club Jong Ajax. He made his senior and professional career debut in 2008 for the NEC club where he made 21 appearances. In 2015, he was selected to be a player for Morocco's national team.

He scored his first goal in professional football while playing for the Mjallby AIF club in 2010 in a game against Orebro SK.

He was born and raised in Targuist, Morocco. He is the older brother of Djurgardens IF player Othman El Kabir.

As a player for Morocco's national team, he played alongside Mustapha Hadji, Adel Taarabt, and Oussama Assaidi.

Moestafa El Kabir Is A Member Of