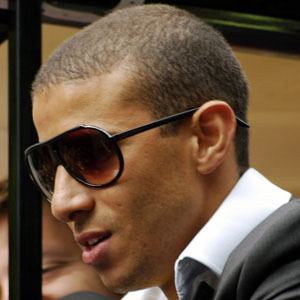 Egyptian former soccer player who was a standout striker for clubs like Borussia Dortmund, with whom he won a Bundesliga title in 2011. He later became an analyst for the Bein sports network.

He was born in Port Said, Egypt and was named Rookie of the Year in his first season at FC Midtjylland.

In his first season with Mainz 05, he became the first Bundesliga player ever to score a goal in each of his first six matches with a new club.

He married a woman named Stina, with whom he has a son named Adam.

He played with Hossam Hassan on the Egyptian national team.

Mohamed Zidan Is A Member Of