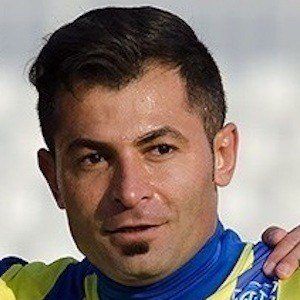 With a passion for the sport, he began his youth career in 2003 playing for Shohada Kazerun. In 2008, he began his senior career by playing for Payam Mokhaberat. In 2012, he was picked up to play for the Iran National team.

He has won several awards including the 2015-2016 season award as Persian Gulf Pro League Team of the Year as a part of Tractor Sazi.

He was born and raised in Kazerun, Iran.

As a member of the Iran National team, he can be seen among other athletes who have played for the team including Nasser Hejazi and Andranik Teymourian.

Mohammad Ebrahimi Is A Member Of