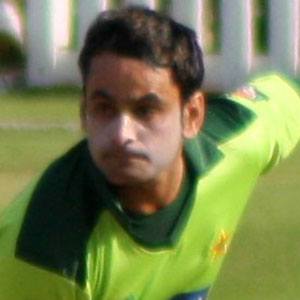 Cricketer who became an all-rounder for Pakistan in 2003; previously captained the Pakistan T20 team.

He was one of several young all-rounders that the Pakistani team hoped would lead them out of the slump characterized by their poor showing at the 2003 World Cup.

He was ranked as the top all-rounder by the ICC Player Rankings in the 2012-13 season.

He and England's Craig White both played in the 2003 Cricket World Cup.

Mohammad Hafeez Is A Member Of