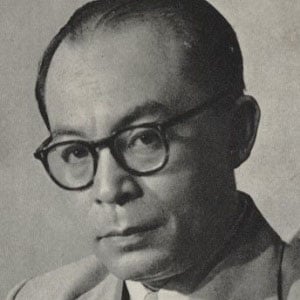 After serving from 1945 until 1956 as Vice President of Indonesia, this Indonesian National Party politician took office as his country's third Prime Minister.

Before beginning his political career and dedicating himself to the cause of independence from Dutch rule, Hatta studied economics at the Rotterdam School of Commerce in the Netherlands.

Members of a Muslim family, he and his six siblings grew up in Bukittinggi and Padang, Dutch East Indies (present-day Indonesia). His marriage to Rahmi Rachim resulted in children named Halida, Gemala, and Meutia.

Hatta served as Prime Minister during the Indonesian presidential administration of Sukarno.

Mohammad Hatta Is A Member Of