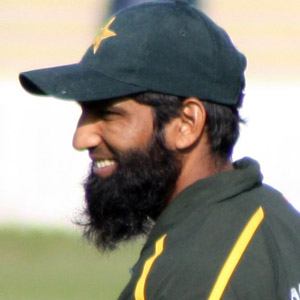 Batsman who debuted for the Pakistani international squad in 1998. He was named Test Player of the Year in 2007.

He was a rickshaw driver before playing domestically for Bahawalpur starting in 1996.

He made news by being just the fourth Christian to play for Pakistan and the first non-Muslim to become captain of the team.

He and his family lived in the Railway Colony, as his father was a railway station worker.

He and Imran Khan have both been Test captains of the Pakistani cricket team.

Mohammad Yousuf Is A Member Of