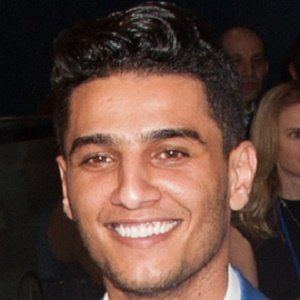 Palestinian singer who was the winner of the second season of the show Arab Idol and has received attention for his politics opposing Israeli occupation of West Bank.

He started out singing at weddings and private parties and gained popularity after calling up a local television program and singing a nationalist song.

He was invited to sing at the opening of the FIFA World Cup in 2014.

He has six siblings and was born to a mother from the village of Beit Daras and a father from Beersheba.

Mohammed Assaf Is A Member Of