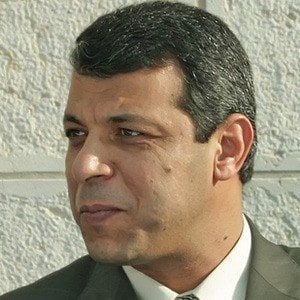 Palestinian politician and former head of the Fatah in Gaza who was the head the Preventive Security Force in Gaza after the signing of the Oslo Accords. In 2007 he was part of the failed American plan to overthrow the Hamas government in Gaza.

He became active in the Fatah Youth Movement as a teenager.

He learned to speak Hebrew fluently while he was imprisoned for his role in the Fatah Movement.

He was raised in a refugee camp and was the youngest of six.

Some believe that he murdered Yasser Arafat although there is no proof of this theory.

Mohammed Dahlan Is A Member Of