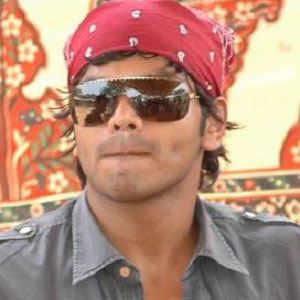 An Indian film actor known for his exclusive work in Telugu cinema. He's best known for his role in the 2010 film Bindaas, which earned him the Nandi Special Jury Award.

He received his bachelor's degree from Southeastern Oklahoma State University before returning to acting.

He appeared in the 1993 film Major Chandrakanth as a child actor alongside his father, Mohan Babu.

He was born into an acting family. His father, Mohan Babu, his elder sister, Lakshmi Manchu, and his elder brother, Vishnu Manchu, are well received Tollywood actors.

He acted alongside NT Rama Rao in Major Chandrakanth.

Manchu Manoj Is A Member Of