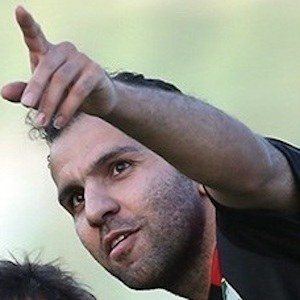 Striker who became famous for his goalscoring ability in the Iran Pro League, particularly while playing for Persepolis, where he won multiple titles and was named Player of the Year. He later became a manager in the league, managing clubs like Naft Tehran FC.

As a teenager, he played for PAS Tehran FC. He made his professional debut with Saipa FC in 1999.

He was the Iran Pro League's leading goalscorer for the 2007-08 season with 18 goals scored.

He has a brother named Mohammad.

He was managed by Ali Daei at Saipa FC.

Mohsen Khalili Is A Member Of