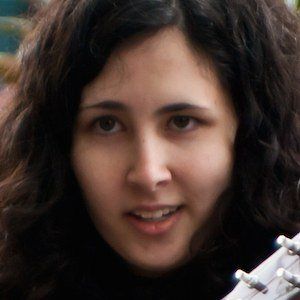 YouTube singer and musician who rose to fame for her ukulele covers of popular songs by artists like Britney Spears, Bob Dylan, and Lady Gaga. She has gone on to tour across the United States both solo and as a member of the Ladies of Ragnarok.

She created her YouTube channel in February 2006 but didn't post her first ukelele cover until the following year.

She has released numerous albums through Bandcamp including I Made You a CD, But I Eated It and Thanksgiving vs. Christmas.

She and her mother performed a cover of "Two of Us" by the Beatles in honor of Mother's Day 2009.

She has been a regular performer at w00tstock alongside stars like Adam Savage and Wil Wheaton.

Molly Lewis Is A Member Of