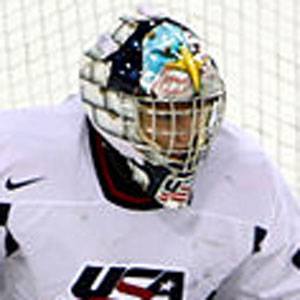 Goaltender who won a silver medal at the 2010 and 2014 Olympics representing the United States and won gold at the 2011 Women's World Championships.

She was born in Voorhees, New Jersey.

Angela Ruggiero was her teammate on the 2010 United States Olympic team.

Molly Schaus Is A Member Of