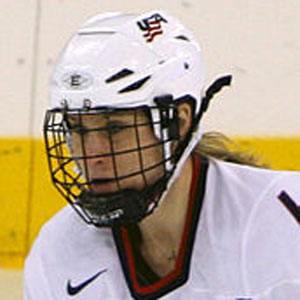 Defenseman who played for the United States women's hockey team, winning a gold medal at the 1998 Olympics and picking up silver at the 2002 and 2010 Olympics.

She played prep hockey at Choate Rosemary Hall in Connecticut.

She was born in Simi Valley, California.

Angela Ruggiero Is A Member Of