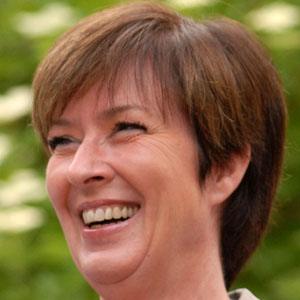 This Swedish Social Democratic Party politician represented the Stockholm County constituency in the Swedish Parliament from 1982 until 1996 and again from 2002 until 2011. During the second half of her tenure, she served as both Chairman of her party and Leader of the Opposition.

In her younger years, she worked for the Swedish National Union of State Employees and, at the age of twenty-five, was elected to the Riksdag (the Swedish Parliament).

In the mid-to-late 1990s, she temporarily left politics to work as a broadcast journalist. She subsequently chaired the European Council Against Racism.

Born Mona Ingeborg Andersson, she grew up primarily in Stockholm County, Sweden. An early relationship with a Chilean national named David Peña resulted in a child named Ann-Sofie; her later marriage to Bo Sahlin produced a daughter named Jenny and sons named Johan (who died as an infant) and Gustav.

She and Liberal People's Party politician Nyamko Sabuni were both female members of the Swedish Parliament.

Mona Sahlin Is A Member Of