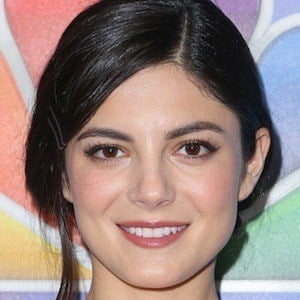 Film and television actress who rocketed to fame in 2016 portraying Yael in the second season of Lifetime's UnREAL. She also starred as Eva in the 2013 comedy Bullish and as Cara Vasquez in the Netflix drama The Good Cop in 2018. In 2019, she was cast in Top Gun: Maverick.

Originally a dancer and ballerina, she quit after years of study at NYU's Tisch School of the Arts to pursue acting.

Some of her guest starring credits include roles in the shows Crazy Ex-Girlfriend, Hawaii Five-0, and Stitchers.

She has two older siblings, an older brother and an older sister named Eva.

As a member of the cast of UnREAL, she stars alongside make-believe bachelor BJ Britt.

Monica Barbaro Is A Member Of