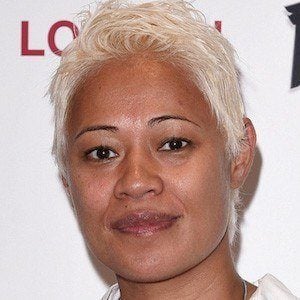 Chef who is known for her prolific career and appearances on British reality television. She has hosted the BBC2 reality series MasterChef: The Professionals, and served as the sous chef at the London restaurant Le Gavroche.

She began working at Le Gavroche in 2000 as a commis chef. She progressed throughout, and eventually became one of two sous chefs.

In 2012, she published her book Monica's Kitchen. In 2014, she contributed to the book Smile or Get Out of the Kitchen with Adam Handling. In 2015, she left Le Gavroche to pursue other miscellaneous career interests.

She was born in Samoa, and raised in New Zealand. She married the head sommelier of Le Gavroche, David Galetti, with whom she has one daughter, Anais.

She has appeared alongside Gregg Wallace, who was a fellow judge, on MasterChef: The Professionals.

Monica Galetti Is A Member Of