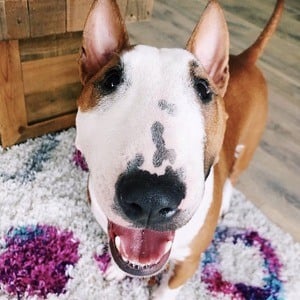 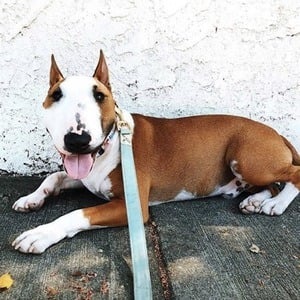 Bull terrier nicknamed Moosie, who is best recognized as the dog of YouTube superstar Lauren Riihimaki, a.k.a. LaurDIY.

He made his internet debut in the June 2017 video "FINALLY GETTING A PUPPY" on Lauren's channel. The video earned over 2 million views in less than two months.

The numerous adorable photos of him posted to his moosetheminibully Instagram have earned him more than 750,000 followers. He also has a popular Twitter under the handle moosieDIY.

He is a famous bull terrier like Marc Jacobs' dog, Neville Jacobs.

Moose the Mini Bully Is A Member Of