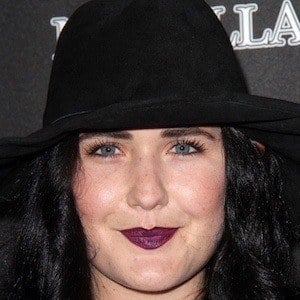 Singer known for being a founding member of the band The Romanovs. She's also performed with the band M83 and released solo projects under the name White Sea.

She played piano and cello as well as singing while growing up and was part of the San Francisco Opera. After released her debut EP in 2003, she met her future The Romanovs bandmates.

She provided the score for the 2016 movie Bang Gang. She played with M83 from 2008 until 2015, performing on the albums Saturdays = Youth and Hurry Up, We're Dreaming.

Her parents are Charles and Lauri. She was born in Alaska before moving to San Francisco, CA.

She collaborated with Mark Ronson on her 2014 solo album In Cold Blood.

Morgan Kibby Is A Member Of