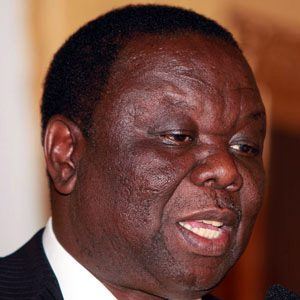 From 2009 to 2013, he served as Prime Minister of Zimbabwe and was in opposition to President Robert Mugabe.

He worked for 10 years in a mine where he worked his way up from plant operator to plant supervisor.

He was arrested numerous times and tortured for protests against President Robert Mugabe.

He have seven children. He married his second wife, Elizabeth Macheka, in 2011. He died of colon cancer.

He claimed his results were altered when he ran in the 2008 presidential election against Robert Mugabe.

Morgan Tsvangirai Is A Member Of