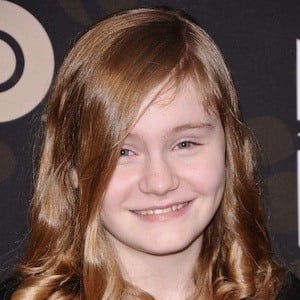 Actor who is famous for their career throughout TV and film. They have starred in 2017's action comedy Jumanji: Welcome to the Jungle as young Martha and drama Wonderstruck as Janet.

They earned their first on-screen acting credit for their work in 2006's Invincible as Susan Vermeil.

They appeared as Veda Pierce in the 2011 mini-series Mildred Pierce. They later starred in the 2014 film The Sisterhood of Night.

They appeared in 2017's Welcome to the Jungle as the younger version of Karen Gillan's character.

Morgan Jeanette Turner Is A Member Of