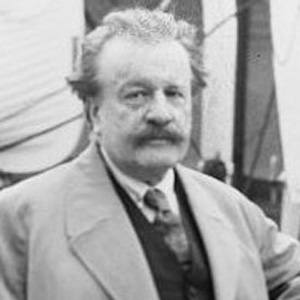 One of Franz Liszt's most skilled pupils. He was respected and befriended by such luminaries as Johannes Brahms, Anton Rubinstein, and Camille Saint-Saëns.

He began studying with Liszt in 1878, but also took up philosophy at the University of Vienna in 1880.

He only recorded three hours of music, but it was legendary among piano aficionados.

His father was a professor at the chief academy in his birthplace of Lemberg, Austria-Hungary, later Lviv, Ukraine.

He became known for his sharp and cutting wit, once saying of Ignacy Jan Paderewski, "Yes, he plays well, I suppose, but he's no Paderewski." He had heard of Paderewski's reputation first before actually seeing the pianist perform.

Moriz Rosenthal Is A Member Of