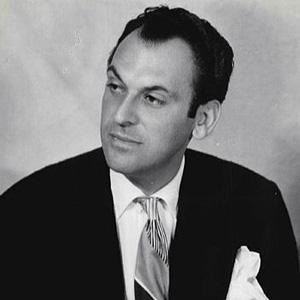 Broadway playwright and director of My Fair Lady. He wrote Once in a Lifetime and The Man Who Came to Dinner.

As a child, he lived in poverty near Coney Island.

His first Broadway hit was titled Once in a Lifetime.

He got married to on August 10, 1946, despite questions about his own sexual orientation.

His hit play You Can't Take It With You inspired Frank Capra to make an adaptation that won the Best Picture Oscar.

Moss Hart Is A Member Of