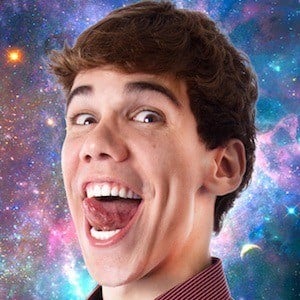 Social media and comedic YouTube phenomenon who earns millions of views on a large number of his videos with help of his 5 million subscribers.

He launched his MrPoladoful channel in May of 2012, beginning his YouTube career as a gamer.

His real name is Gabriel Dantas and he was born in Maceió, Alagoas, Brazil.

He has collaborated with fellow Brazilian YouTuber Felps in videos.

MrPoladoful Is A Member Of