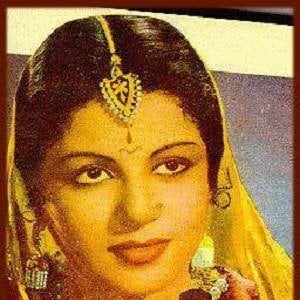 Beloved singer of Carnatic music who received the prestigious Ramon Magsaysay Award, widely considered the Asian equivalent of the Nobel Prize. She was also a respected actress who won acclaim for roles like Saint Narada in 1941's Savithiri.

She received Carnatic music training from Semmangudi Srinivasa Iyer and began performing at age eleven in 1927.

She became the first musician ever to receive the highest award given to a civilian by the Indian government, the Bharat Ratna.

Her mother and grandmother were both musicians.

She and classical singer Lata Mangeshkar are both recipients of the Bharat Ratna.

MS Subbulakshmi Is A Member Of