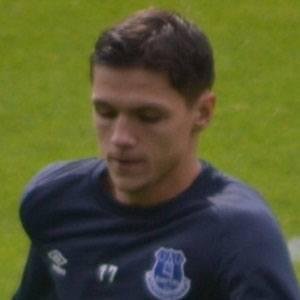 He played soccer for Tennis Borussia Berlin from age nine to age sixteen.

He was born in Berlin, Germany to Bosniak parents.

He and Ermin Bicakcic both represented Bosnia and Herzegovina at the 2014 FIFA World Cup.

Muhamed Besic Is A Member Of